Since I’ve been reading Animal Farm by George Orwell, I noticed that the regime started by the animals and the pigs resembles communism very closely. I researched when Animal Farm was written, and I found that it was published in 1944, the peak of World War II. I believe that the pigs like Major, Snowball, and Napoleon represent corrupt communist leadership, and it’s no coincidence that there pigs because people tend to have negative connotations of pigs. The pigs can be seen as corrupt because they manipulate the other animals into agreeing with their ideas, even though the animals aren’t as intelligent and have no rebuttal. “The birds did not understand Snowball’s long words, but they accepted his explanation, and all the humbler animals set to work to learn the new maxim by heart. FOUR LEGS GOOD, TWO LEGS BAD, was inscribed on the end wall of the barn, above the Seven Commandments and in bigger letters.” The animals found it easier to understand rules when they’re simpler, but simple rules usually gloss over the complexities of a society, so there are always exceptions when the leaders need there to be. 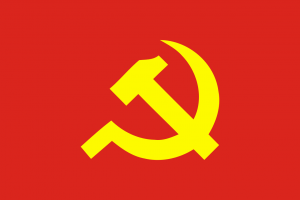 I understand the idea Orwell was trying to convey with the symbol of communism, but I feel like he left some plot holes. Mr. Jones would’ve tried more than once to get his farm back from some animals. The first attempt was very poor, and if he had enough strategy he could take it back. However, I’m only about halfway through the book, so perhaps he does try to take it back again. Although I’m unsatisfied with that one part, I do find Orwell’s rhetorical strategies to be quite intriguing. He uses compelling imagery to describe the manner and labor of the animals, while also using different symbols such as that of the windmill which I haven’t figure out yet, but it seems important. 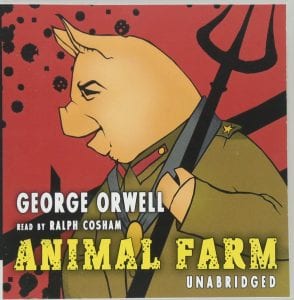 Recently, I’ve been reading Animal Farm by George Orwell and it has piqued my interest. Only two chapters in, I’m already starting to notice common themes in the novel. The major conflict so far is that the animals on the farm are beginning to form a coalition against the humans. The most respected pig, Major, constructs the idea of an animal utopia with no human regulation. The pigs are all considered the smartest and are looked up to by the other animals. When Major dies, the pigs come up with a plan to overthrow the workers. A major theme that was evident was that animal abuse is common and wrong; the animals continuously point out the torments they endure.  Animals are constantly underfed, overworked, and just plain out mistreated on farms. The animals continuously point out the torments they endure.

It is ironic to note how the animals live on their own after they gain control of the farm for their selves. The pigs manipulate the other animals into doing all the work so that they don’t have any manual labor. Also, they trick the others into believing that it is necessary for pigs to drink milk and eat more food to stay healthy. Their new society mirrors the one with humans because there is a hierarchy , and it is still unequal. The pigs now act as the farmers that mistreat the animals. This proves the difficulty of a fully functioning society that treats everyone equally. I think eventually the less educated animals will try to overthrow the oppressive pigs. 🐷Oink🐽